Artist Comments “Cocoon” is part of the images series “Underwater Study.” A photographic study of the elegance of the human form, captured in a mysterious dreamworld beneath the surface.  “Cocoon” portrays human beauty and fragility while suspended in a dreamlike state.”   Model Ingvild Aase   Signature Collection Our Signature Collection is designed to be at the very pinnacle of image quality and fine art presentation. We make no compromise in terms of image quality, material or craftsmanship. Signature Edition photographs are […]

PPA’s International Photographic Competition To enter the IPC, photographers submit prints, electronic files and physical and/or digital albums to be judged by a panel of qualified experts. Competitors must designate the category under which each image is being submitted. The three categories include photographic open, artist competition, and wedding competition. Submissions will either merit or not merit and are judged against a standard of excellence using PPA’s “12 elements of a merit image”. Images that merit are then judged for […]

FOR IMMEDIATE RELEASE: 15TH ANNUAL BLACK AND WHITE SPIDER AWARDS HONORS PHOTOGRAPHER TORLEIF LIE FROM NORWAY LOS ANGELES 10.11.2020 – Professional photographer Torleif Lie of Norway was presented with the 15th Annual Black and White Spider Awards Nominee title in the Abstract category at the prestigious Nomination & Winners PhotoShow streamed Sunday, November 1, 2020. The live online gala was attended by industry leaders and the photography community from around the globe who logged on to watch the climax of […]

Explore art exhibitions from the comfort of your own home

“Quest” is a series of ethereal self-portraits that probe the fragmented and shadowy space of dreams, repressed or time-altered memories and my personal history, in search of an elusive sense of self, purpose and place in this world.

These reflective and expressive images based on the experienced emotions of the past, present and future create visual form to an intimate journey of self discovery, one that navigates the fluid borders of the known and the unknown, the conscious and the unconscious, the real and the possible.

As a photographic journal of an individual’s struggle to define and understand their terms of existence, “Quest” is both a personal and universal narrative. 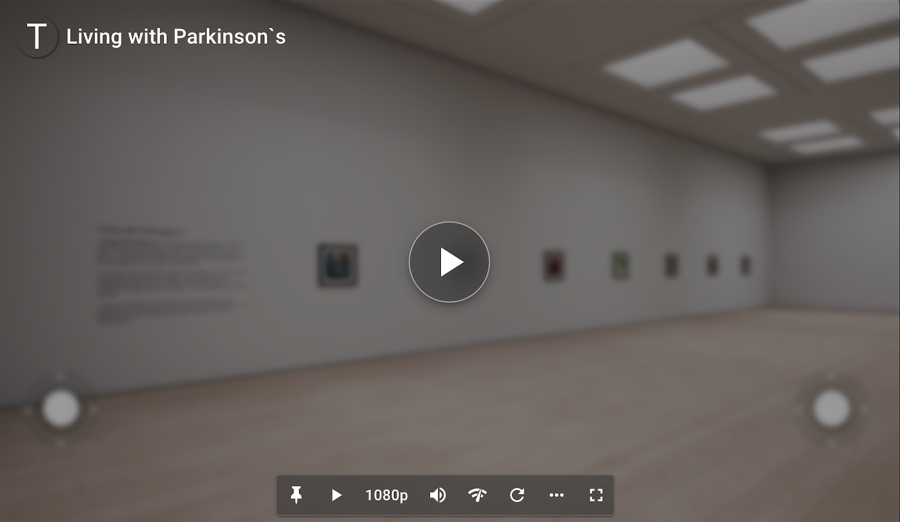 “Living with Parkinson’s” is an ongoing cathartic project of reflective personal reconciliation with a condition that was in denial for many years. A series of self-portraits seeks to expose what is not seen by others; the physical and emotional limitations of the disease as well as the side effects of the condition and treatment.

The images are created with a duality of acceptance, a candid reveal of shameful limitations, and apparitions, as the transposition of hallucinations experienced on a daily basis, the characteristics of a condition that affects many but usually in a solitary situation and hidden process.

“Living with Parkinson’s” reveals and discloses the disease and addresses the implacable universal cycle of life faced by everyone, in a whimsical manner as reality and fantasy merge into a world of hallucinations.

Art exhibitions are the lifeline of all our cultures; they provoke thoughts and emotions, social and human growth, and provide check and balances during challenging times. Art is essential. Walls are finite and geographically isolated, public restrictions abound. Yet, artists, museums and galleries now have access to fully customized superlative virtual exhibitions. Art is not dead, it is expanding exponentially to a much larger audience and in that aspect, art will once again gift us with a renewed cultural connectivity […]

© Photo: Nils Petter Dale Torleif integrates art, technology, travel and history to create passionate interiors with a modern sensibility. The artist is influenced by the contemporary era of design, by letting go of strict and formal design rules and becoming more open and minimalistic in his approach. He employs a progressive approach to interior design that allows him to create spaces that are inimitable and timeless.   © Photo: Nils Petter Dale

Artist Comments
“The Norwegian Professional Photography Awards (Landskonkurransen) is the country’s most prestigious photography awards. The awards in the National Competition form the basis for selection of the national team in photography, participating in the World Photographic Cup – the World Cup in Photography.

I am truly honored to have been awarded two silver awards, one Bronze and one Honorable Mention in Landskonkurransen 2020. Being ranked number eight across all categories is incredibly humbling. I feel privileged to have my work showcased alongside such talented and creative artists. Congratulations to all the photographers and a huge thank you to the esteemed jury who have taken their time to deliberate over such a wide selection of images”.

The Norwegian National Photography Awards (Landskonkurransen) is the country’s most prestigious photography awards. Landskonkurransen is an annual competition accepting entries from all professional photographers and students / apprentices. The photographer with the highest total score is named Norwegian Photographer of the Year. The student / apprentice with the highest score is named Student / Apprentice of the Year. The picture with the highest score in each category becomes category winners. Gold, silver and bronze medals are also awarded in each category.

The awards in the National Competition form the basis for selection for the national team in photography, participating in the World Photographic Cup – the World Cup in Photography.

History
The national competition as we know it today took its form in the mid-80s, but the competition itself has its roots back to 1927. Then, the Norwegian Photographers’ National Association (which later became the Norwegian Photographer’s Association) organized its first annual Awards Competition, with one category and six participants. Since then, the competition has undergone several changes, both in name and form, and has grown considerably. Today, the National Competition is one of the country’s largest of its kind.

Thor Fine Art Photography AS © 2021 Org nr. 913843797
error: Content is protected !!
0
0
Your Cart
Your cart is emptyReturn to Shop
Continue Shopping
Calculate Shipping
We use cookies to bring you the finest website experience. If you continue, we’ll assume you are happy to receive all cookies on our website. You can disable cookies at any time by changing your browser settings.
Accept